Unilever’s Half-Year numbers, released this morning, revealed that profit margins are being squeezed by rising inflation.

“Inflation has been even higher than we anticipated” commented Graeme Pitkethly, chief financial officer. And whilst sales growth beat expectations, Unilever have been forced to reduced its Full-Year operating margin forecast.

Overall, First-Half turnover came in at 25.8 billion euros, slightly above the 25.7 billion euros analysts had expected. 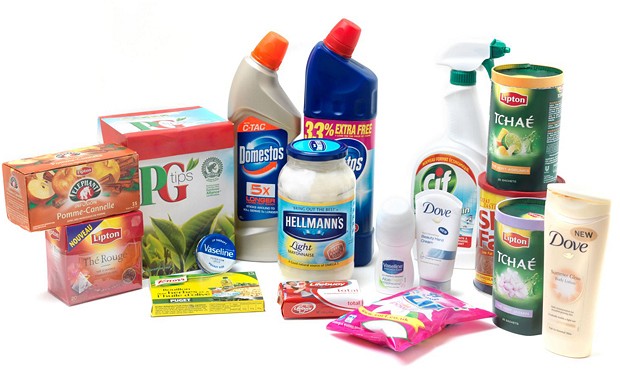 After topping out at 4,374p, Unilever gapped significantly lower this morning…

The opening gap has been followed by further selling pressure – snapping the ascending trendlines and changing the momentum dynamics of the stock.

Assuming the shares fail to fight back during today’s session, we expect the negative gap to create a long-term layer of resistance – opening the door for a retest of the March lows. 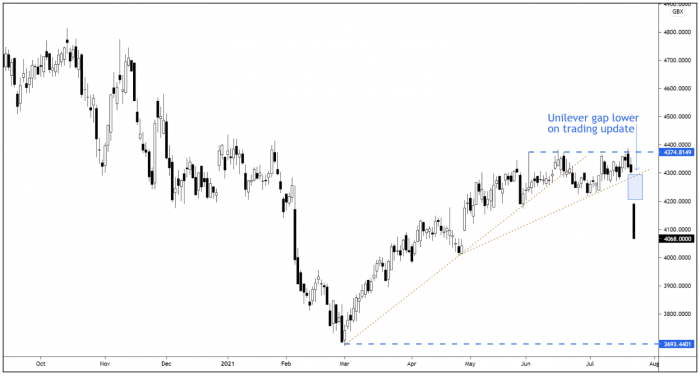