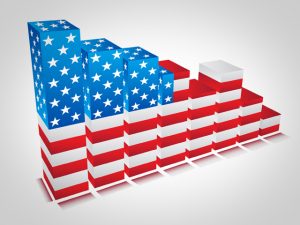 The S&P 500 is at record highs, and the dominant narrative remains – the Fed will refrain from turning the stimulus taps off too quick in the belief that inflation is ‘transitory’ and ‘overheating’ is unlikely.

Average Hourly Earnings (Aug) is expected to remain stable at 4% year-on-year while the unemployment rate is forecast to continue its downward trend to 5.2%.

The gameplan for short-term traders remains very much the same as last month:

On the price chart, the S&P has continued to carve out its powerful uptrend with resistance turned to support on multiple occasions in recent months. 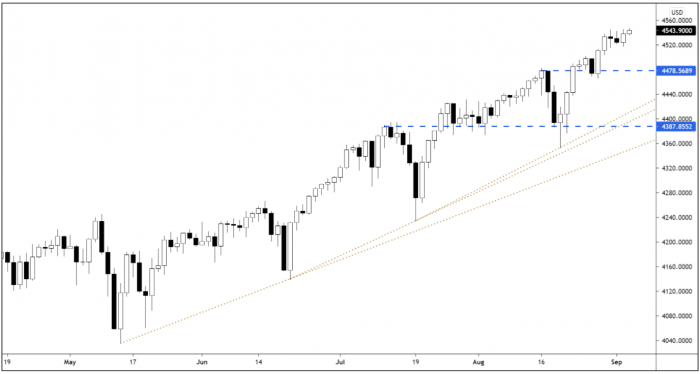