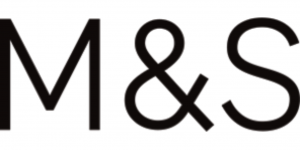 M&S released their half-year numbers this morning – reporting pre-tax profits of £187m in the six months to October 2, up 18% from the same period a year ago.

The icon British brand said that full-year profits, before tax and adjusted items, would be in the “region of £500m” – ahead of expectations thanks to an improved performance from its food business. 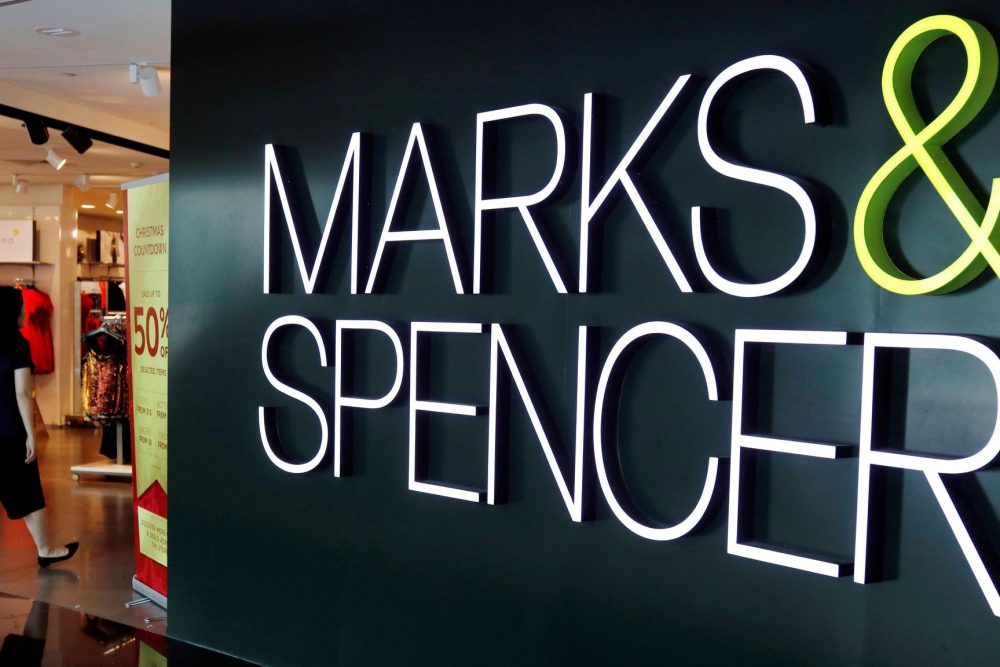 Food sales during the half-year were 10% ahead of the equivalent pre-Covid period, generating £269m profit. While clothing and home sales were 1% lower, but profits almost doubled to £156m.

However, it wasn’t all good news with M&S warning of labour and product shortages as the economy starts to revive after the pandemic.

“But thanks to the hard work of our colleagues it is clear that underlying performance is improving . . . the hard yards of driving long-term change are beginning to be borne out in our performance.”

The market has responded in bullish fashion to this morning’s numbers as the shares gapped higher – taking prices back within touching distance of thier pre-pandemic highs (see daily candle chart).

However, we are already seeing prices starting to retreat intra-day, and this signals today’s large gap may signal short-term buying exhaustion.

Hence we would favour being patient and waiting for prices to pullback and close the gap before considering M&S as a buy. 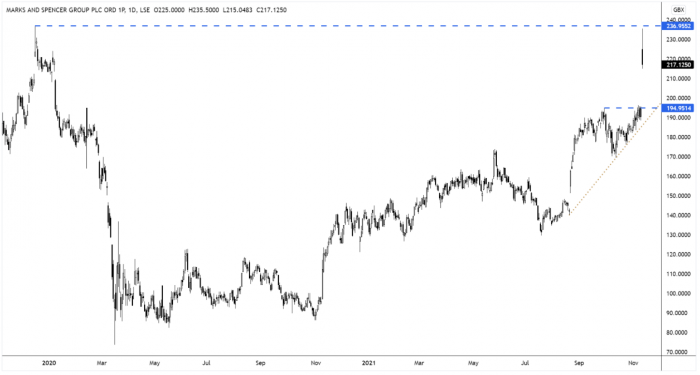 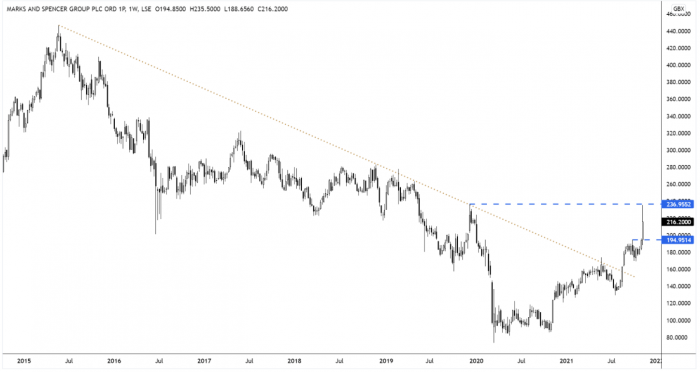