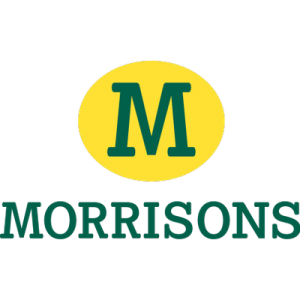 It emerged over the weekend that Morrisons had rebuffed CR & R’s initial bid of 232p per share – an enterprise value of £8.7bn which Moririsons said “significantly undervalued” its business and prospects.

CD & R now has until July 17 to make a firm offer and the FT are reporting that the private equity group is likely to continue its pursuit.

With such a large gap on the price chart, it’s often more effective to conduct your technical analysis from a higher timeframe, and for Morrison’s we’re using the weekly candle chart covering a three-year time period…

On this timeframe we can clearly seen that Morrison’s opened up this morning right on all-time highs before powering above them.

The market will be factoring in another bid from CD & R and hence we’d expect prices to hold above the highs. However, in terms of risk / reward, this chart doesn’t reflect an attractive long trade. Should CD & R get cold feet, we’d expect to see a significant sell-off – creating an asymmetric payoff to the downside at current prices. 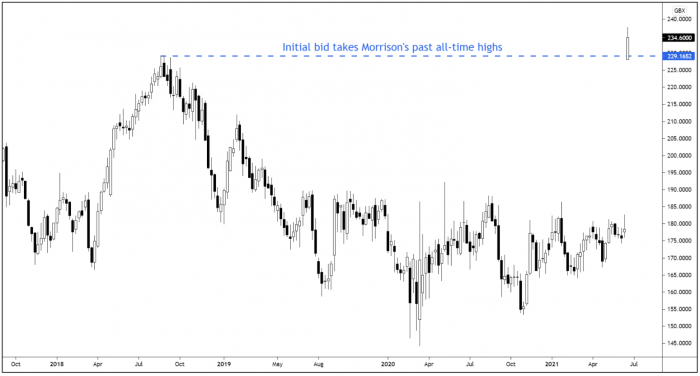