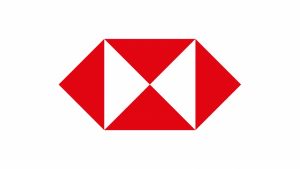 Whilst these numbers were slightly ahead of analyst expectations, they underline the impact of loan losses caused by the pandemic.

It wasn’t all doom and gloom though, and the general tone of the results was one of optimism with CEO Noel Quinn commenting “We have had a good start to 2021, and I am cautiously optimistic for the year ahead”.

The bank announced that it would start paying a dividend of $0.15 per share after a Bank of England ban on shareholder payouts was partially lifted late last year.

HSBC also outlined their strategic plans to invest in fast-growing markets in Asia and said it would expand beyond Hong Kong into mainland China and Singapore.

After a large opening move above resistance – which appeared to flush out weak-handed shorts, HSBC have fallen back below resistance.

There’s plenty of trading left to go today, but should the shares close back below 427p resistance, it would setup a bearish ‘fakeout’ setup which could lead to a retest of the February lows. 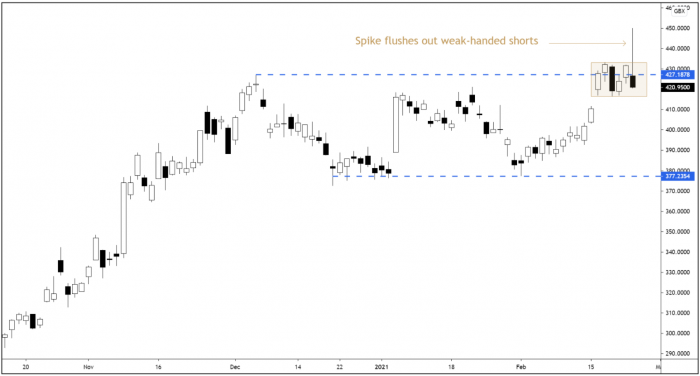