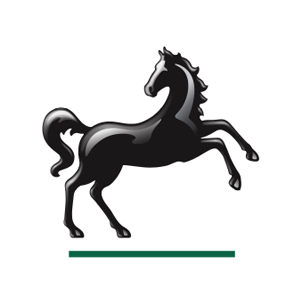 Lloyds released a market-beating set of Q3 numbers this morning.

The banking group reported pre-tax profits of £1bn for the July-September period, compared to average analyst estimated of £588m.

Lloyds is the UK’s biggest mortgage lender and booked new mortgage lending of £3.5bn over the quarter, after receiving the biggest surge in quarterly applications since 2008.

Lloyds trade on a Price to Book Value multiple of 0.4 – top quartile within the Banking Services sector.

They have one of the highest Tier 1 Capital Ratios (14.2%) in the sector and a have weighting towards low-risk mortgage lending.

However, whilst this morning’s numbers saw the bank lower their bad loan provisions – Lloyds do have a history of rose-tinted projections and the market is wary of this.

Lloyds, and the rest of the banking sector has started to show signs of recovering during the last month – forming a small series of higher swing lows.

However, when this is viewed within the context of Lloyds long-term downtrend, the recovery still should be viewed as a retracement.

In order for this to change, the market will need to break and hold above 30p as this would form the first significant higher high and hence market the potential for a change in trend. 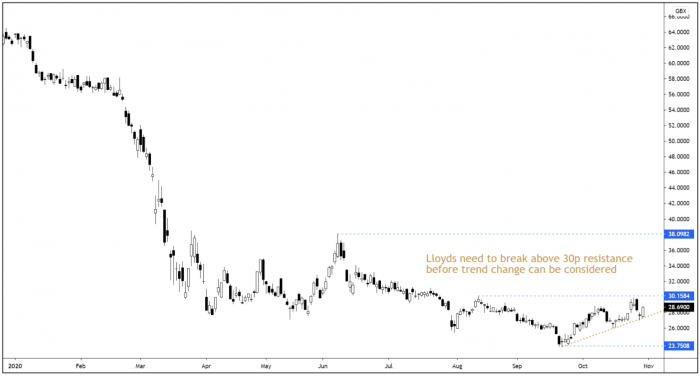