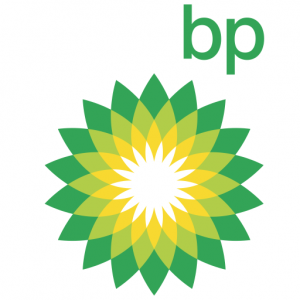 Having been heavily impacted by the pandemic, BP’s CEO, Bernard Looney has been keen to convince investors that BP can “develop competitive cash returns…and at the same time invest to transition BP to a low-carbon future”.

Net debt has fallen from $38.9bn at the end of 2020 to $33.3bn in the first quarter, beating its target of $35bn. BP also announced plans to return at least 60% of surplus cash flow to shareholders through share buybacks.

Whilst BP’s dominant technical structure is one of a six-month uptrend, prices have moved into a clearly-defined range in recent weeks.

Today’s bounce has taken prices back towards the top of the range, but whether the robust Q1 results will be enough to break clear of 309p resistance remains to be seen.

There’s plenty of space above and below the narrow trading range, and we will use the range as trigger levels for our short-term trade setups. 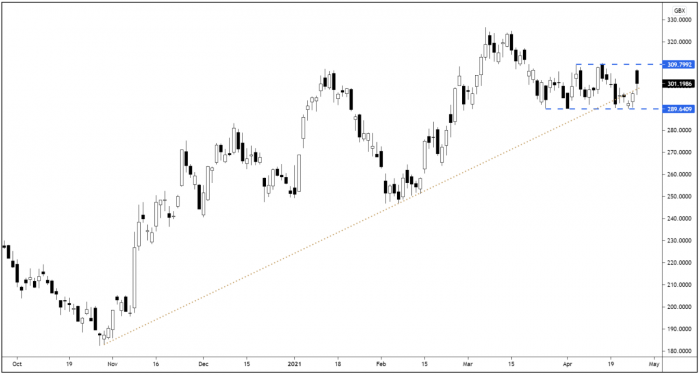